May is the time when the weather warms, the beaches become filled with people, and celebrities from around the world gather in the French Riviera. Why? It’s Cannes!

What is Cannes?
“Cannes” is another name for the Cannes Film Festival. Until 2002, it was called the “International Film Festival.” The festival is in Cannes, France, each year in May (this year from May 17-28). The 2017 Cannes is special: this will be the festival’s 70th year.

Cannes is not like events such as the Academy Awards (also called the Oscars), which are only awards shows. Cannes is where new films from all over the world are previewed, and it provides great opportunities for European film makers: because many film producers and celebrities attend, the festival is an excellent place for filmmakers to sell their films. People attend Cannes by invitation only.

Cannes Awards
Cannes gives many awards at its competition. The names of the awards are in French; below we are also giving including an English translation of the names. 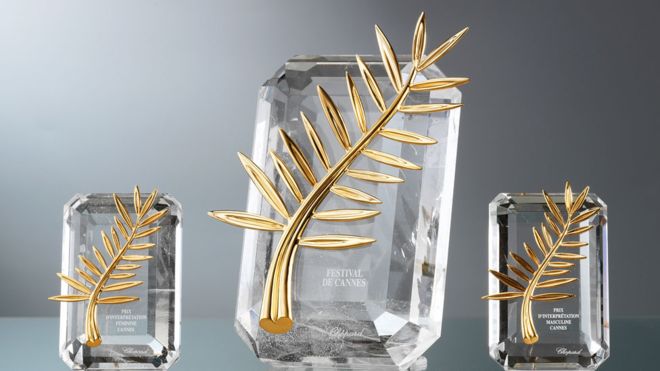 The main awards of the festival are the following:

There are other awards and categories, such as awards for student filmmakers, recognition for films about the environment, and a category for documentaries. One of the funniest is the award for the best performance... by a dog! Yes, a dog. The Palm Dog award is for the dog that “acted” the best in a movie.

Compared to shows such as the Oscars, many consider Cannes to be more “serious” festival that is an opportunity to learn about more artistic films.

What do you think? Have you seen some of the Golden Palm winners from previous years? Check out the list of previous winners and see.