Learning English with ‘How I Met your Mother” 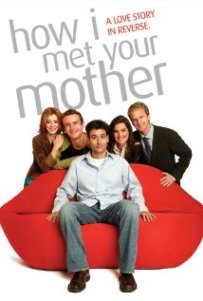 Series are good things for learning English, because it’s important to hear the different accents of different people and understand what they are saying.

Today I will present one of the most popular series: How I met Your Mother, an American comedy series created by Craig Thomas and Carter Bays in 2005. The series tells the story of Ted Mosby and his group of friends in Manhattan.

Plot:
Ted Mosby is an architect who lives in New York City. In 2030 he decides to tell his children the story about How he met their mother. It all starts in 2005, when two of his best friends, Marshall Eriksen and Lily Aldrin decide to get married after 9 years of dating. This decision makes Ted, who is single, look for the love of his life. At this moment, a Canadian reporter, Robin Scherbatsky, appears and joins the group of friends.

Why watch ‘How I Met Your Mother’?
Because it is funny, easy to understand (with subtitles) and very similar to real life. You will enjoy it and laugh a lot, and the most important thing; you will improve your English!