Did you like the amazing books ‘Angels and Demons’ and ‘The Da Vinci Code’? Were you astonished by Robert Langdon’s knowledge and abilities to decipher symbols? If you enjoyed those bestsellers, written by Dan Brown, I am sure you will appreciate his latest novel: The Lost Symbol. 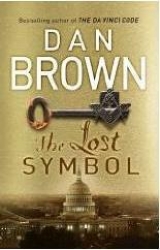 The plot
Professor Robert Langdon is called by his close friend, Peter Solomon, to give a lecture in the Capitol Building, Washington D.C. When he arrives at the Rotunda, he discovers that nobody is there.

The plot thickens when Langdon finds out that his Masonic friend, Peter, has been kidnapped by someone who wants to unlock an Ancient Portal, a secret which has been kept for centuries. It turns out that if this secret is revealed, the consequences will have a huge impact worldwide. Langdon’s role is vital in this deciphering process, given that his collaboration would keep Solomon alive. Katherine Solomon, Peter’s sister, will help Langdon with his demanding task.

The characters
As you can imagine, Robert Langdon is the main character of the story. He is the Professor of symbolism at Harvard and thanks to his outstanding familiarity with different sorts of religious codes he is able to fulfil this mission. The scientist Katherine Solomon has done challenging research about noetic science and she will do anything for her brother Peter, an important Masonic leader.

In contrast, the baddy is Mal’akh, who wants to obtain the secret symbol to finish his own body transformation, a theory which he has been elaborating for the last few years. Moreover, Inoue Sato, the director of the CIA, wants to know more about the unrevealed secret.

Warren Bellamy, another important Masonic person and Peter’s friend, is the Architect, the manager of the US Capitol. He will also assist Langdon and Katherine in their search.

My opinion
I strongly recommend reading this intriguing story which will keep you open-eyed until the end of the novel.  Personally, as soon as the plot and the characters developed I got more engrossed in supporting Langdon’s mission.